To illustrate how handheld movement affects cinematography, we’re going to do a very short film as a class.  Each shot will be filmed three ways: first, locked off on a tripod; then with the camera handheld but not moving otherwise; and finally, following the action with the camera on a shoulder rig.

The film itself is only a handful of shots – one character is waiting for another.  The second character approaches through a hallway and enters the room.  That’s it.  The idea here is (obviously) not a brilliant narrative – it’s just some generic shots that should play in different ways, depending on the amount of movement.

Here are the storyboards for the sequence: 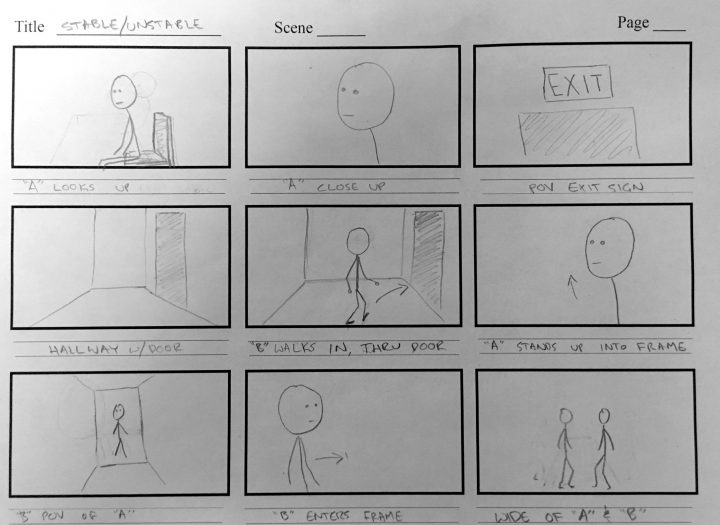 The filming for this project will be completed during class – I’ll edit the three versions and put them online for us to check out.