Before we discuss the way specific cameras work, we should spend some time defining the terms that we’re going to be using.

ISO, ASA, and Gain – ISO, ASA, and gain all measure the sensitivity of a digital sensor – or piece of film.  As the sensitivity is raised, the image becomes brighter – but noise and grain also become more prevalent, which makes the overall quality of the image worse.  ISO is the most commonly used of the three terms, especially in stills photography.  Most cameras have ISOs that start at around 100 – going up in stops, this number goes to 200, then 400, 800, 1600, 3200, 6400, and so on.  As a general best practice, you should keep your ISO as low as you can, to ensure the best quality image.  ASA is an outdated term that was used before ISO was adopted, but you may still find it on some older cameras.  Gain is used more often on dedicated video cameras and is usually just measured as low, medium, or high.

Frame Rate – Frame rate describes the number of frames in a second of film or video.  The standard frame rate for cinema is 24 frames per second and that is the frame rate we will use the most often.  Television in the US is broadcast at 29.97 frames per second (long story – check out the video below for the details), whereas television in the UK is broadcast at 25.  The higher the frame rate, the smoother video will look – some video is now recorded and presented at 60 frames per second in order to show more subtle movement.  There have been experiments with showing cinema at higher frame rates, but most viewers actually prefer the look of 24.  Video can also be recorded at a high frame rate – 60, 120, 240 or greater – and then converted to a lower frame rate (usually 24) to create slow motion footage.

Shutter speed also affects the brightness of the image – slower shutter speeds allow more light to hit the sensor  (because the shutter is open for longer) and create a brighter image; faster shutter speeds do the opposite.

Aperture and Iris – Before light enters the camera, it passes through the aperture – also known as the iris – of the lens.  The aperture is an adjustable opening used to control the amount of light entering the camera.  As the aperture gets bigger, more light enters and the image gets brighter.  However, a larger aperture also means that a narrower area of the image will be in focus.  If you are filming an interview and you want the background to be blurry and only the subject to be in f0cus, you should use a larger aperture; if you want both the subject and the background to be in focus, you should use a smaller aperture.  We’ll discuss the way aperture is measured later, but you should know that a lower number is a larger aperture and a higher number is a smaller aperture. 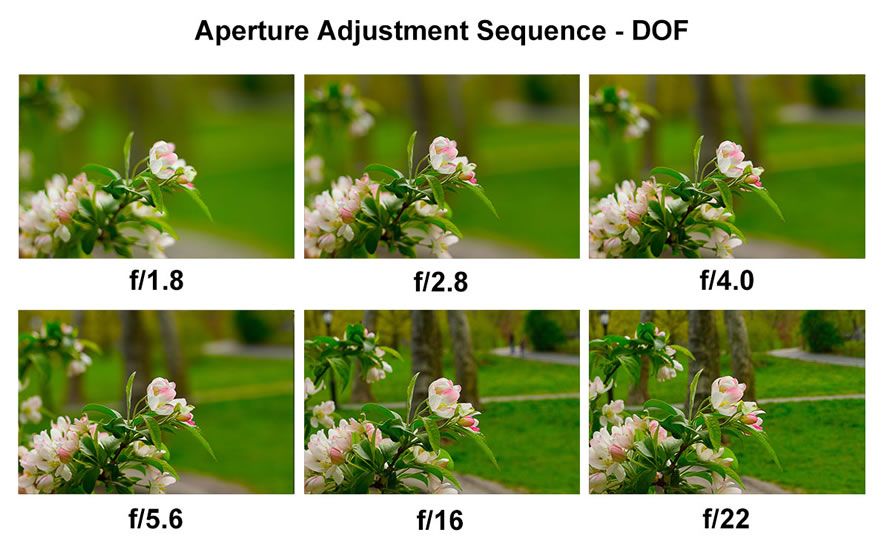 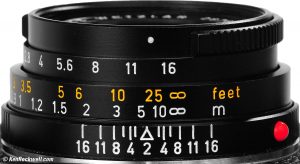 Bokeh – Bokeh describes a specific characteristic of images with a shallow depth of field: the round areas of out-of-focus light.  The quality of bokeh is something you will likely see discussed if you read a review of a camera lens – desirable bokeh is generally smooth and symmetrical.  Cheaper lenses tend to produce bokeh that is either asymmetrical or hexagonal.  Bokeh is very subjective, but it’s discussed often, so you should know the term. 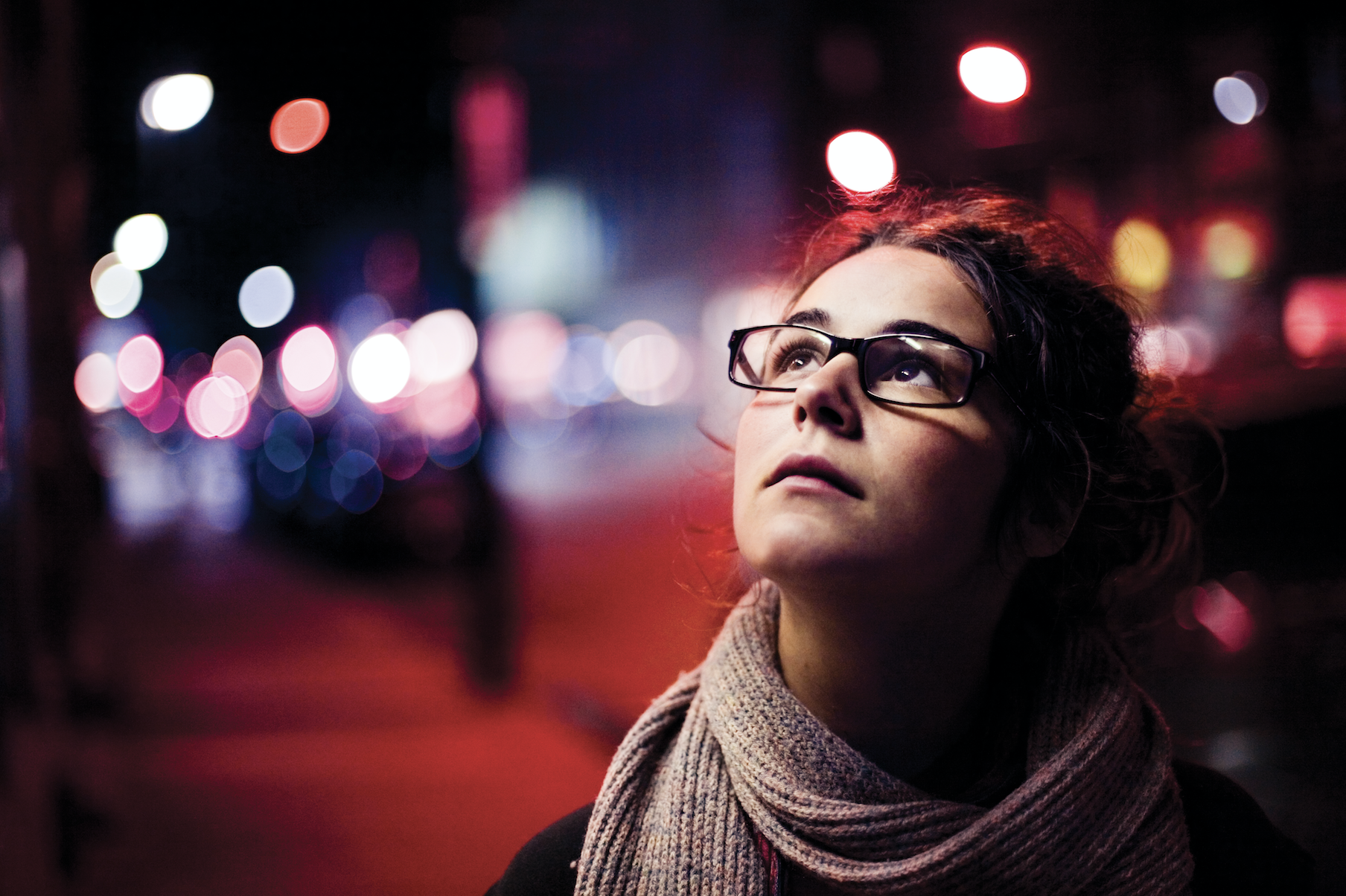 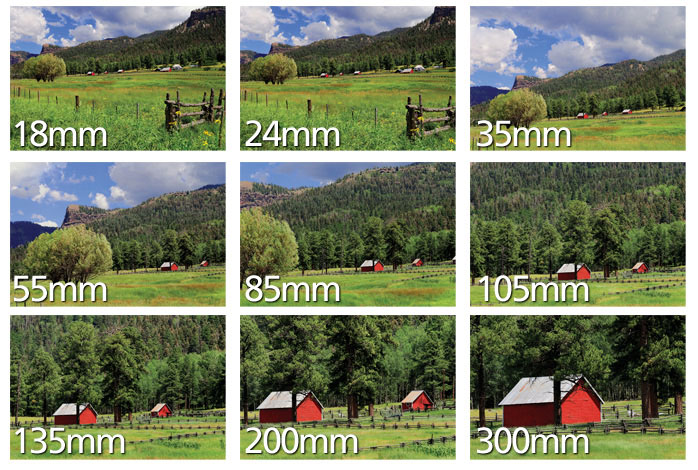 What the focal length doesn’t take into account is the size of the sensor being used in the camera.  We’ll get deeper into sensor sizes later, but it’s important to understand that cameras with smaller sensors “see” less of the image and therefore look more zoomed in.  So, the exact same lens might look different on two different cameras.  We can get around this by converting focal lengths to a universal equivalent – or by simply using angle of view.  Angle of view is a measure of how much of a scene is visible – in the image above, the 18mm shot represents around 100 degrees and the 300mm shot represents around 8 degrees.  Around 50 degrees is considered a “normal” angle of view, since it closely mimics the way our eyes naturally see. 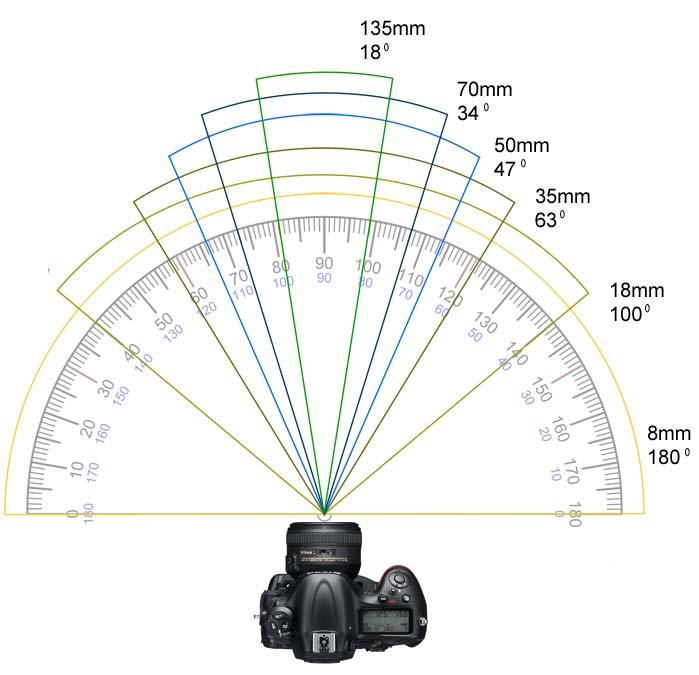